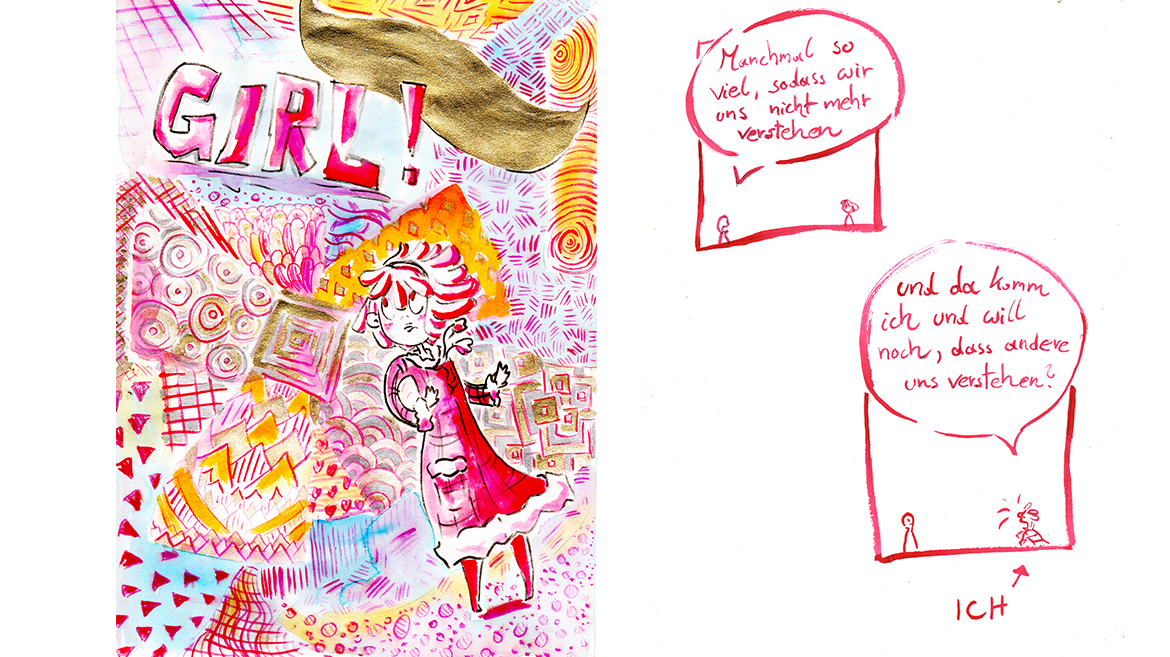 Comics about the migrant crisis, catastrophic tourism and the child’s drawings in the academic context.

A collection of my self published fanzines. I see them as lyrical comics. They consists of many inner monologs in contrast to a few speech bubbles. Dealing with many different topics that are somehow a bit controverse and sometimes are just normal documentaries. I also printed some more traditional comics, but my true love is this lyrical form, the borderline of two worlds.

A comic journey journal with a mixture of urban sketching and autobiografic events. Visiting the grounds of 9-11 and dealing with catastrophic tourism in a light hearted tone.

Another comic journey journal at the beginning of the european migrant crisis, revolving around the question – is it okay to make art about it? An art journey to the borderline of austria, planned a long time before the crisis and suddenly everything is different.

Philosophizing about reality in comics. Real time sketching of the surroundings at the Next Comic Festival contest 9to7. Connecting reality that nobody else than the competitors have experienced in the form of a comic documentary.

The perspective of a young teenage girl and her thoughts of polyamory. Understanding nothing, but loving more than one person. The thoughts of others and the own ones intervened in an inner monolog. About all this and the problems of communication in contrast to expectation manifested in lyrical comic form.

Adelbert Sievert-Staudte’s writings about child’s drawings in dialog with an stereotypical artist of the last century and a little child. Are the scribbelings of children art? Is art important? What do we know about it? A short hidden view on the history of scientific child’s drawing research.