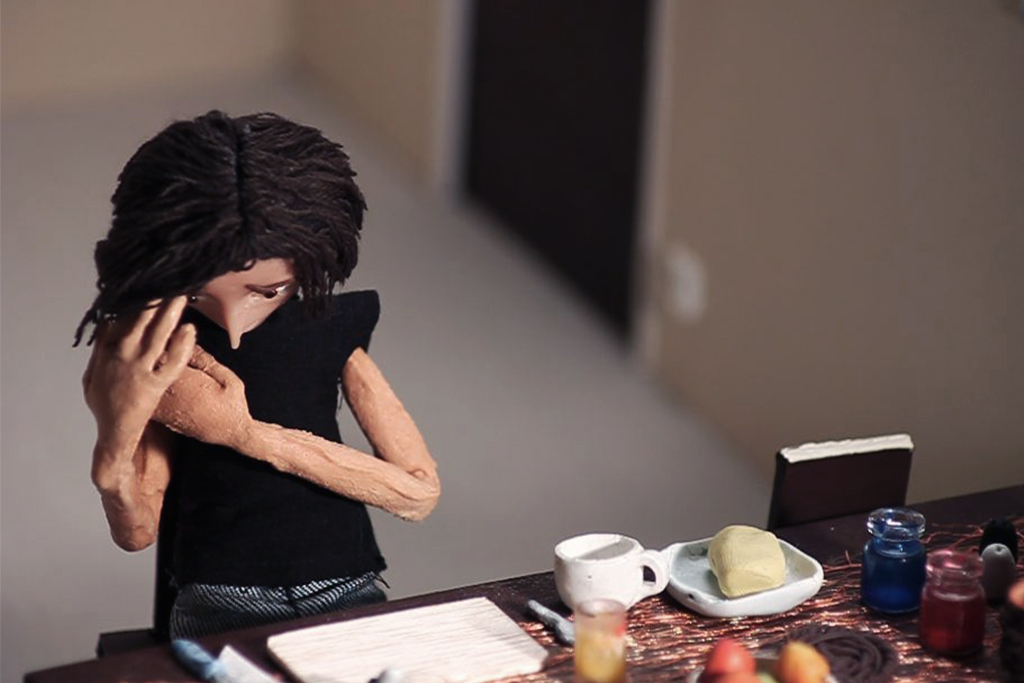 My project vanishing is finished, it was part of a bigger theoretical work about puppets. Tactile Feelings in the Uncanny Valley[german text]. I already blogged about it when there were only puppet prototypes. Now the film is finished, but it in the end it was more like a sugarcoating for my thesis and I don’t think it works on its own, at least not in a traditional way.

My reason for this belief is it, that I reflect the making of puppet films in a way you can feel that it is a puppet film. The main goal wasn’t to make it as fluid as possible… no the exact opposite was my goal. That you can see my points of contact and feel the texture of the puppet material just by seeing it in movement on the screen. Maybe I will publish this film in the future, but not yet. Enjoy some picture until this far far away day.